Throughout 2018 our marine biologists here at Love The Oceans will be doing blog posts on topics of Named Days. To keep up to date, follow this blog, also found under the ‘News’ tab on our website. Without further ado, in celebration of International Whale Shark Day 2018, I introduce our nineteenth blog in this marine series:

August 30th is International Whale Shark Day! Woohoo! As the name would suggest, it’s a day, celebrated since 2012, to raise awareness for whale sharks: the biggest fish in the sea. Whale sharks are sharks (not whales, contrary to some people’s belief’s) and thus they are fish that roam all tropical and warm temperate oceans around the globe and grow up to 12 meters on average, with the biggest ever recorded at 20 meters length!

Whale sharks (Rhincodon typus) were first described in South Africa in 1828, exactly 190 years ago, by an English doctor named Andrew Smith. Smith bought a 4.6m whale shark that was harpooned in Table Bay for around £6 and used this specimen to make the first scientific description of this remarkable shark.
Fun fact: the whale shark from 1828 is still kept in the Natural History Museum in Paris and is the first holotype for this species (the single (and first) physical example of the organism that was used to formally describe the species).

Even though they are impressively huge sharks, whale sharks thankfully don’t share the false man-eating reputation of their other relatives. Instead, their harmless nature as filter feeders means they’re often referred to as ‘gentle giants’. Whale sharks are arguably the most beautiful (although looks aren’t everything!) of the three filter-feeding sharks. The other two are the basking shark (Cetorhinus maximus) and the megamouth shark (Megachasma pelagios)… and both these species…well their beauty is internal, I’m sure. All these guys feed mainly on krill, fish spawn and small schooling fish, but food isn’t everything. Unless you’re a whale shark. These pretty-but-dumb animals usually aggregate seasonally at specific locations, driven by prey abundance. These aggregations are among marine tourism operators’ favourite places as they can sell whale shark-based tourism activities, like snorkelling or diving.
Over the past few decades, marine wildlife tourism has grown rapidly which is good as it’s led the human race to a cross roads where we can transition from the unsustainable use of whale sharks (like finning) to more sustainable non-consumptive use (ecotourism). This means that there could be a shift from the short term monetary gain of the finning industry, towards the less harmful, more sustainable option of ecotourism. Yay!

However, since this tourism has boomed, concerns have been raised about the impact of this ecotourism on whale sharks. Even though there’s no direct threat to shark survival, behavioural changes due to human activities might affect the long-term survival of this species. Don’t get us wrong, ecotourism is a far better way of making money with respect to whale sharks, but the habitat, behaviour and general well-being of individuals, populations and the species must not be put in danger. For the whale shark tourism to be sustainable in the long run, a code of conduct must be abided by, by both operators and tourists.
Love The Oceans operates in Guinjata Bay, Southern Mozambique, an area well known for megafauna like reef mantas (Mobula alfredi), giant mantas (Mobula birostris) and whale sharks of course. Whale sharks are observed year-round at our site, which is great for the tourism industry (and us 😎), but also exposes these giants to shore-based fishing practises, increased boating activity and irresponsible tourism. Luckily, there is no fishery in Guinjata that actively targets whale sharks at the moment, but occasional and accidental catches have been reported.

A study conducted on our coastline reported multiple whale sharks bearing scars caused by boat propellers or net entanglement. The same study reported a steep decline (79%) in whale shark sightings between 2005 and 2011. We don’t know whether the decline is linked to the increase in tourism in the area but another explanation could be that given the long-distance migration of whale sharks, anthropogenic disturbances elsewhere in the world could affect sightings in Mozambique.
At Love The Oceans we highly value our whale shark encounters and as a marine conservation organisation we’ve created a code of conduct for correct interactions with these stunning sharks. 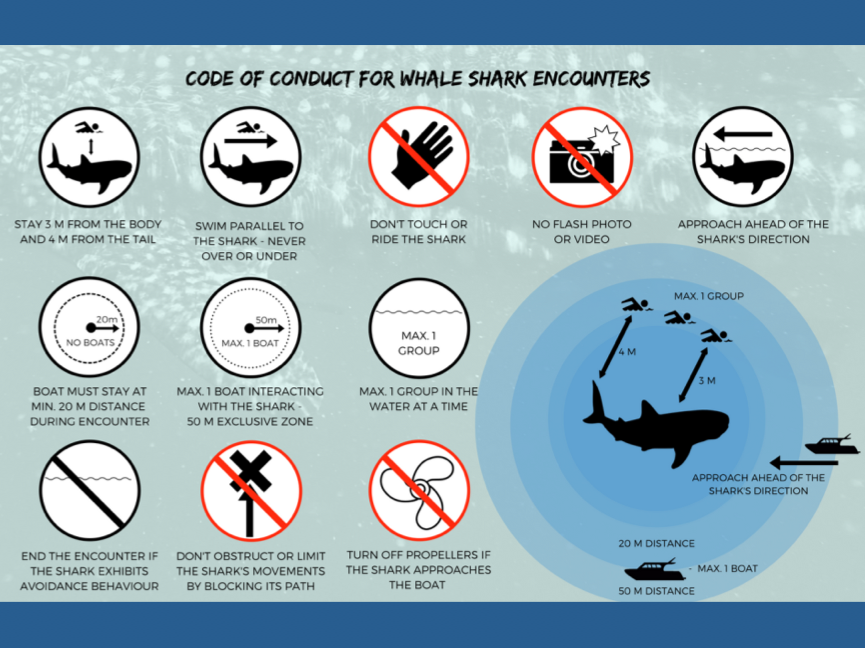 We want to continue enjoying the presence of whale sharks (and continue our whale shark research!) in Guinjata Bay so we not only inform our volunteers about appropriate megafauna interactions, we also organise workshops for the community, handing out pamphlets and posters to make people aware of the value and importance of whale sharks. Everybody in Guinjata benefits from a healthy ocean and lots of stunning megafauna, so everyone should help protect what we love most: the oceans and the animals living within it, especially whale sharks, because today is their day after all. 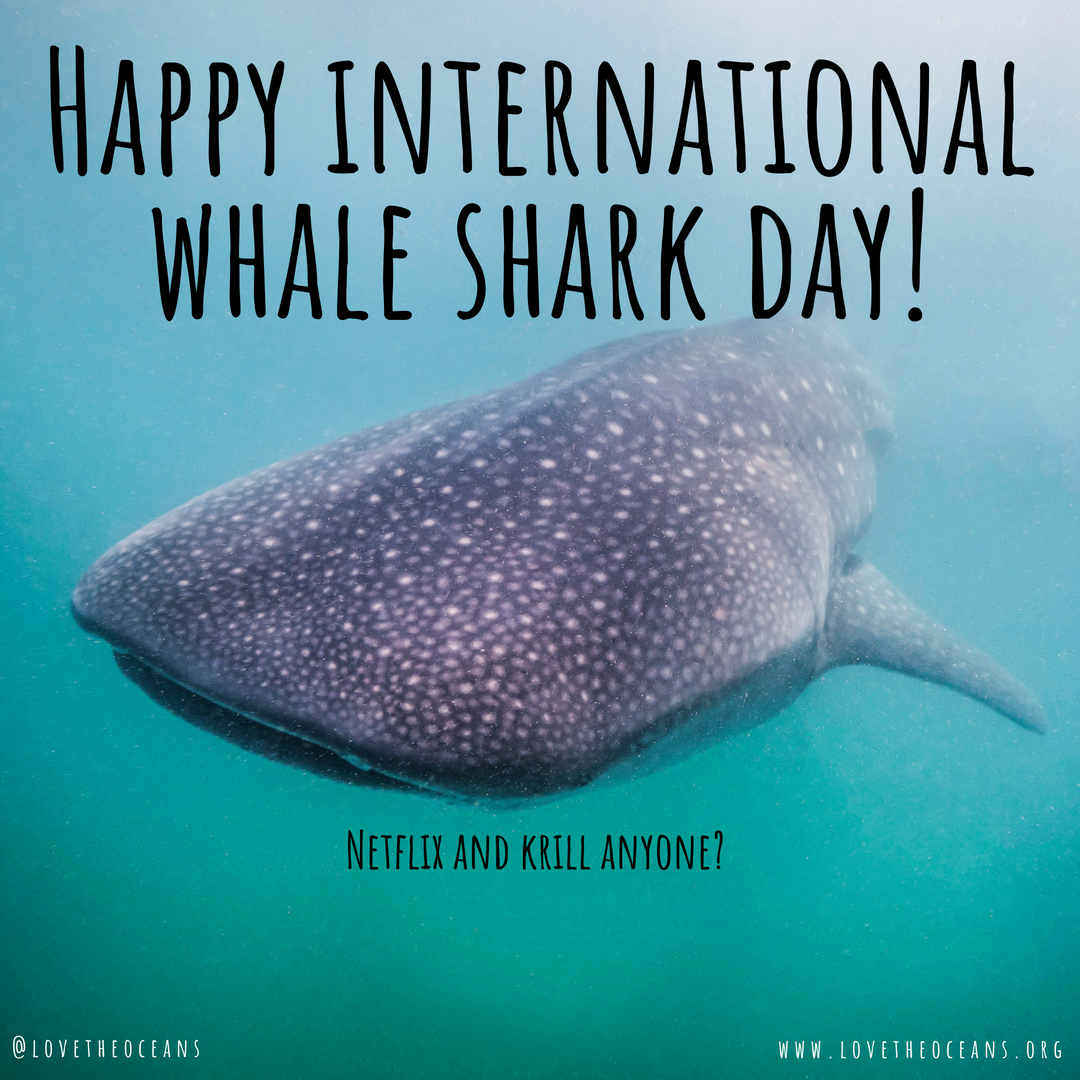 Earth Day 2018: #EndPlasticPollution Before It Ends the World

PROJECT AWARE WEEK: LOVE THE OCEANS WITH YOU FINS ON AND FINS OFF