September 7th is National Threatened Species Day in Australia. Why is a UK non-profit writing a blog about it I hear you say? Well, Love The Oceans is run by a very international team, including our Australian co-director Andrea Biden, hence the reason we decided to celebrate the threatened species in our research area, Guinjata Bay, Mozambique.

Threatened species are species that are under risk of extinction, meaning that the survival of the species, or one or more (sub)populations, is under threat from natural or human-induced causes. Now, you’re probably thinking: how do we know how likely they are to go extinct? Luckily, an organisation called the International Union for the Conservation of Nature (IUCN) created a list: the famous IUCN Red List, providing us with the conservation status, taxonomy and distribution information on a huge range of organisms around the globe, as well as information on populations and subpopulations to some extent. This Red List provides the foundations for making decisions on conservation and management of species at risk, ranging from local to global levels.

Species on the IUCN Red List are classified using criteria proposed by IUCN to do with the species’ global status and risk of extinction. The three ‘threatened species’ categories in descending order of extinction risk are: Critically Endangered, Endangered and Vulnerable. There are other categories ‘Extinct’, ‘Extinct in the Wild’, ‘Near Threatened’, ‘Least Concern’, ‘Data Deficient’ and ‘Not Evaluated’, but we’re not going to focus on those today.  In the diagram below the different categories are explained visually:

Guinjata Bay is home to a wide variety of flagship marine conservation animals.  Our volunteers get to dive and snorkel for research with some pretty rare marine species, including whale sharks, manta rays and turtles. They also get to see some pretty amazing acrobatics from dolphins and humpback whales when on an ocean safari or collecting data from the boat. It is important to note that, even though they’re observed regularly in LTO’s research area, the global conservation status of these species is far from favourable.

Out of 7 species of sea turtle, 5 occur and breed along the coastline of Mozambique, with spatial variation in preferred breeding grounds between species. All five of them: Loggerhead, Leatherback, Olive Ridley, Green and Hawksbill turtle are threatened on a global level (classified as either Vulnerable, Endangered or Critically Endangered by IUCN). Guinjata Bay is situated in the middle of the Loggerhead breeding area and at the northern border of the Leatherback’s. The biggest threats to turtles’ survival is habitat degradation, fisheries by-catch and disrupted nesting due to coastal development. LTO actively conserves sea turtles by doing regular nest patrols on the beaches of Guinjata Bay during nesting season as well as education outreach in the local community through workshops about appropriate turtle code of conduct, especially during nesting season.

Our charismatic plankton-feeding elasmobranchs are unfortunately not doing so well on a global scale either. Reef Manta and Giant Manta rays are classified as vulnerable, while the Whale Shark is even doing worse, with a global endangered status. Their biggest threats are, like all sharks and rays, targeted fishing and fisheries by-catch. The IUCN found that of over 1000 species of sharks and rays assessed, more than 30% are threatened globally with most of them meeting their maker through harvesting, mainly for their fins. Love The Oceans started collecting baseline data on the artisanal fisheries, including targeted elasmobranch fishing and by-catch, in Guinjata Bay in 2014 and continue to this day. Our aim is to assess the sustainability of current fishing practices and, with the future designation of Guinjata Bay as a Marine Protected Area, develop management measures regarding species-specific landing guidelines and mitigation of current threats to endangered elasmobranchs.

Every year between June and November we welcome large numbers of humpback whales in Guinjata Bay. They migrate north from their feeding grounds in Antarctica and come to mate and/or give birth in the Mozambique Channel. Since 2008, humpback whales have been classified as Least Concern on the IUCN Red List, but we all know that with a history of whaling, these whales were hunted to the brink of extinction, with 90% of population decimated before 1996. Globally, humpbacks are doing very good, but nowadays the concern is that there is little data on discrete subpopulations. LTO collects data on whale sighting frequency, surface behaviour, identification using fluke ID as well as acoustic behaviour (i.e. vocalisations), creating a valuable dataset that allows us to assess the status of our subpopulation of humpback whales in the Mozambique Channel.

Love The Oceans’ staff and volunteers work endlessly to collect robust data that will allow us to protect what we love and designate Guinjata Bay as a Marine Protected Area in the near future to protect all those endangered species. You can join our team here.

Unfortunately, mankind is the main reason many species, both marine and terrestrial, are at risk. It is our duty to respect and protect all wildlife, because just like us, all animals have an inherent right to exist. So, today we invite you to celebrate Threatened Species Day with us and recognise that a lot of our beautiful animals face extinction if we don’t change the way we live and exploit the earth’s resources. So please, live sustainably. The earth and every inhabitant of it – human and animal – will thank you. 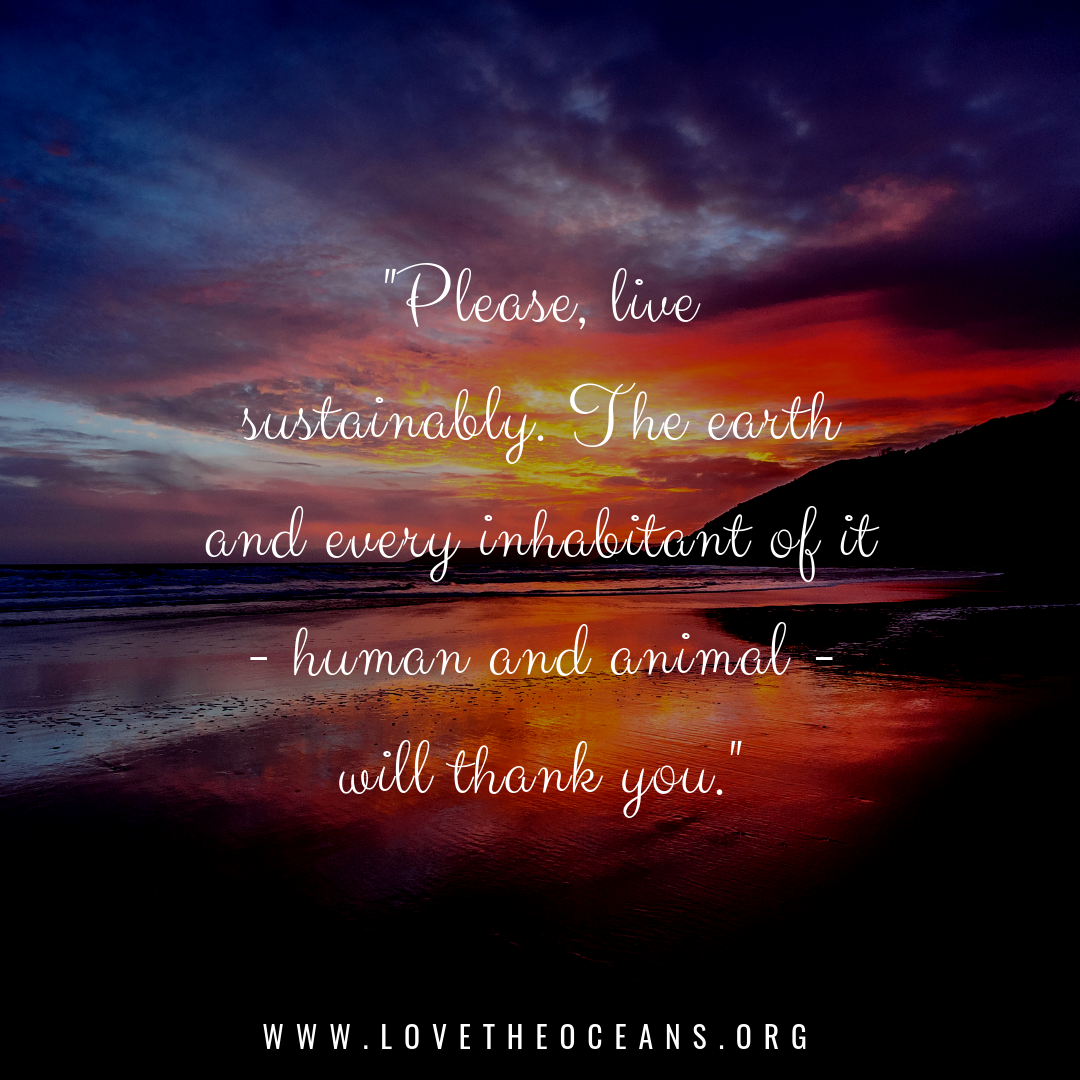 Our Devotion to The Ocean – Deakin and Blue Guest Blog

International Day for the Eradication of Poverty: Why Conservation Science and Poverty Eradication go Hand in Hand