September 27th2018 is World Tourism Day. Tourism encompasses, as we all know, a wide variety of activities and of course we’re not going to cover all of them in today’s blog. We’re going to focus on a type of tourism we, at Love The Oceans, are very familiar with: ecotourism and, more specifically, shark ecotourism. We already talked in our Shark Awareness Day blog and Threatened Species Day blog about sharks not doing well globally, due to targeted fisheries exploitation and by-catch. A more sustainable way to generate money through sharks is ecotourism – when people are taken on trips to snorkel or dive with sharks. Today we will be talking about shark aggregation behaviour and how this behaviour can work great for shark-based tourism. 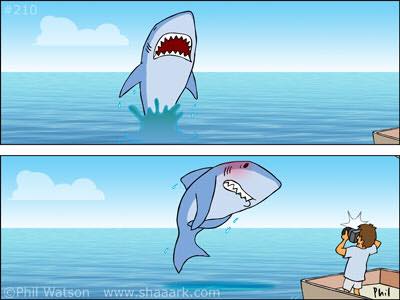 Aggregation is grouping that is not driven by social interactions. Grouping events usually occur due to presence of a resource like habitat or food, or favourable environmental conditions. Sharks are known to aggregate in large numbers at certain locations at certain times of the year, but little is known about why they actually do this. For juveniles, grouping can be beneficial for predator avoidance. Adult sharks are apex predators with only humans as a threat (with the odd exception of a hangry orca, you can see that here), so other factors must dictate their aggregation behaviour.  A study on the grey reef shark, C. amblyrhynchos, in the central Pacific Ocean showed daily aggregations of female reef sharks correlated with daily fluctuations in water temperature, tide and light level. The sharks aggregated in areas with the highest water temperature during the day, which could increase growth rate and enhance embryonic development.

Another factor that could explain aggregation behaviour of sharks is philopatry: the tendency of an animal to stay in or return to its home area or natal site. Successful females give birth in the same area where they were born because this area is considered to produce offspring with a higher chance of survival.

Sharks aggregate in single- and mixed-sex communities. Many shark species segregate sexually, where males and females do not occur in the exact same area. This sexual segregation is mostly on the habitat level, where females and males occupy habitats with different characteristics for social, thermal and foraging-related reasons. In general, female sharks segregate to feed on more energy-rich prey for a larger body size at maturity. Being Big Mammas generally means large and well-developed embryos. Another reason for female segregation could be that they invest more time in search of suitable environmental conditions for gestation or egg incubation or to seek refuge from males to avoid multiple damaging mating events since shark mating is very aggressive. Males, on the other hand, invest most of their time in the pursuit of possible mates, kind of like humans.

Human activities impact shark stocks on the global population level. Fishing pressure and habitat destruction are two of the main reasons for the rapid decline of shark populations. Aggregation behaviour, site philopatry and sexual segregation might even worsen this situation. Repeatedly aggregating at specific locations and times make sharks very vulnerable to overfishing. In countries with shark fisheries, these aggregation events are economically efficient because of the high catch per unit effort, but are a serious threat to local populations. Fishing in discrete areas where philopatric aggregations occur, like nursery areas, feeding grounds and mating areas, might have disproportional effects on the relative abundance. This could lead to a localised depleted stock.

These aggregation areas are valuable to the species as a whole because they usually are home to important life stages of sharks like pregnant females or juveniles. When these life stages are threatened, recovery can take a very long time. Similar threats can arise in shark populations that display geographic segregation of the sexes. Locally focused fisheries might exploit populations, which could lead to changing sex ratios over time.

It is clear that humans taking advantage of aggregation events probably worsens the effects of fisheries on shark populations, but it could also offer an economic alternative. Seasonal ecotourism in areas where sharks aggregate is a less harmful alternative to fishing. Less harmful in the sense of not killing the sharks for their fins, meat, skin or teeth, although it still might induce a certain stress in sharks. The increased interest in diving with sharks since the 1990s shows that offering dives where people can swim with sharks can be a more lucrative and sustainable business. Promoting these alternatives to countries with shark fisheries can be a step towards protecting and conserving the sharks through financial incentive.

Love The Oceans encourages sustainable shark ecotourism. We’re lucky to have a wide variety of sharks (and rays) in our bay as well as charismatic humpback whales We abide by a strict code of conduct for interactions with these animals so we can enjoy their presence for many years to come. Our research will soon reveal valuable information on the various shark populations in Guinjata Bay and our work with the local community and fishermen will result in a shift towards more (shark) ecotourism as a way of making money. Our outreach to the community – with pamphlets, posters and regular workshops – also increases awareness for the status of the sharks in the bay encouraging everyone to participate in keeping the waters surrounding Guinjata Bay healthy and promote ecotourism.

If you decide in the future to go swim or dive with sharks anywhere around the world, make sure the ecotourism provider you go with abides by correct code of conduct and promotes sustainable interactions with sharks. If you want more information on the subject, reviews on tripadvisor.com and sustainablesharkdiving.com might be a valuable source to consult. Members of the International Charter of Responsible Shark Ecotourism are definitely a good choice when it comes to shark tourism.

Join us today to raise awareness for the global status of sharks, their aggregation behaviour and sustainable shark ecotourism. Sharks are magnificent and important creatures that deserve our respect and admiration. Whenever you can, go see for yourself, and you’ll realise just how amazing they are. Just make sure you go with ecotourism providers with great ethics! Happy World Tourism Day everybody! 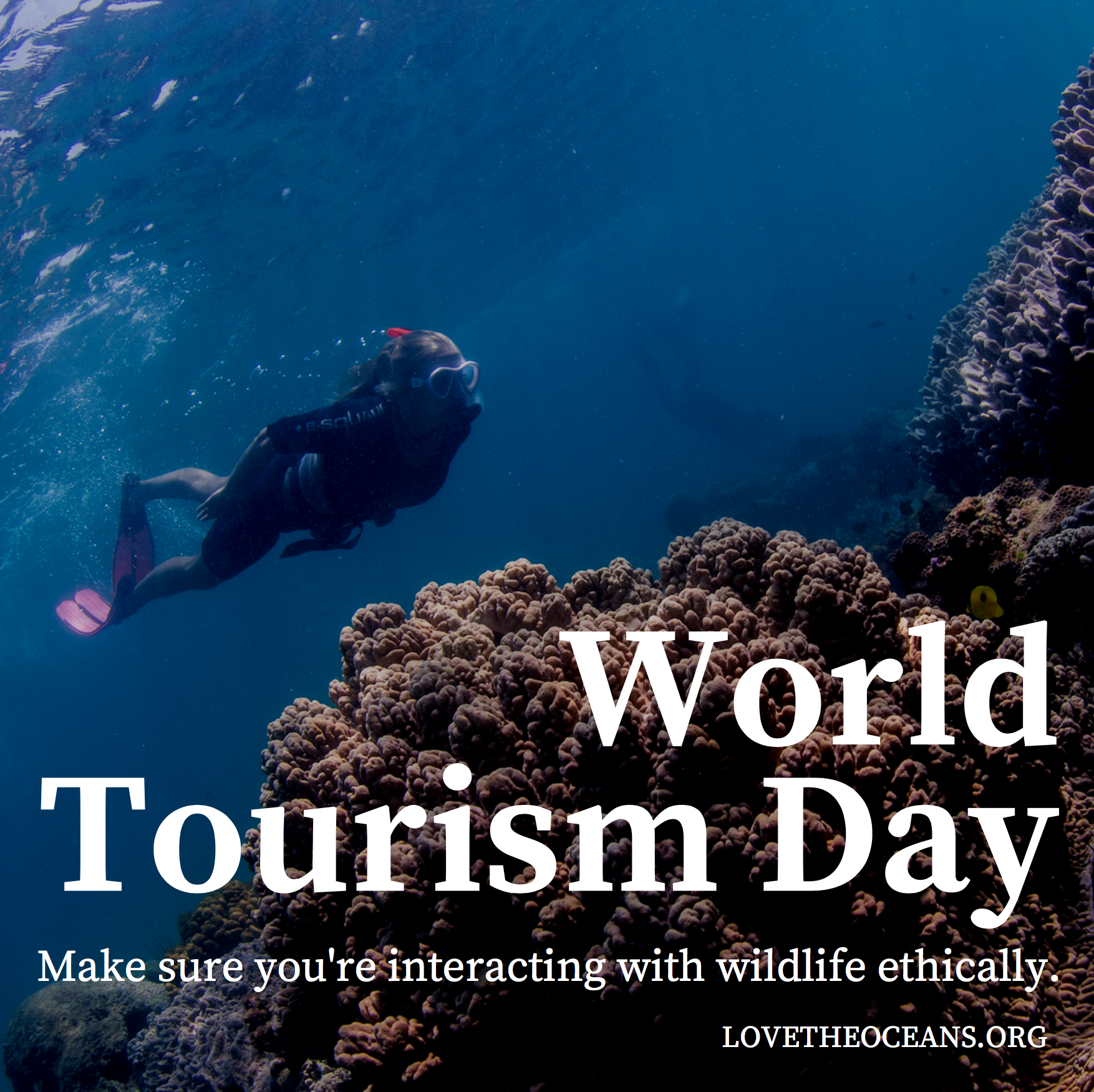 We need to talk…. about your carbon footprint: Green Up Day