Love The Oceans is very proud to announce we’re partnering with the incredible non-profit organisation Photographers Without Borders. PWB is a leading community of storytellers, building capacity for non-profits and NGOs. In 2019 Danielle herself, the CEO and founder of PWB will be running the PWB school in Mozambique, working with Love The Oceans to document our activities and train individuals in how to successfully document NGO work.

If you would like to be involved in this amazing project, please apply here. This project is open to anyone and offers an incredible training opportunity. The PWB School is the ultimate educational and life experience that will prepare you to create compelling images, to work as a values-based photographer, and to become a storyteller for social change. Participants of this program will have the exclusive chance to experience and document marine research on humpback whale migration and vocalisation patterns, visit local schools where students learn about water safety and marine resource management, and take part in guided dives (or snorkel trips) to assess coral populations and maybe spot a whale shark or manta ray!

This program is run by Danielle Da Silva, the CEO and Founder of PWB. You’ll also be spending a lot of time with Love The Oceans’ founder, Francesca Trotman as she will be your in-country guide. As a photographer Danielle has had images published by National Geographic, the United Nations, The Economist, and the book Cities, Slums and Gender in the Global South: Towards a Feminised Urban Future (Chant & McIlwaine, 2016), among others. As a filmmaker Danielle has created several documentaries, short films (including a short for the Whitley Awards narrated by David Attenborough) and is the creator and director of the PWB TV web series, which has earned awards at film festivals internationally. As a scholar Danielle has published research in the book Climate Governance in the Developing World (Held, Roger & Nag, 2013) and completed a distinguished Master’s dissertation exploring the psychology of climate change messaging.

Danielle has worked with hundreds of NGOs and several multilateral organizations travelled to over 80 countries, and learned more than 6 languages including English, French, Spanish, Italian, Portuguese, some Swahili and Indonesian (she can also read and write in Arabic and is practicing her USL). She is the recipient of the Canadian Top 30 Under 30 Sustainability Leaders Award, and was listed as number 2 in Matador Network’s Top 17 Female Photographers of 2017 as well as their Top 5 Women Changing Media. She has been nominated for the 2018 Muhammad Ali Humanitarian Award; she has also been nominated for Canada’s Top 100 Powerful Women 2016, 2016 RBC Canadian Women Entrepreneur Awards, and the 2015 Women in Biz Social Good Award. One of her first major lectures was a TEDx talk called “Grassroots Narrative,” and she has since gone on to do a second TEDx talk called “Connection is the Key to Conservation.” She was a founding member and Co-Chair of the Dandelion Initiative, a non-profit dedicated to creating consent culture and ending violence against women. She is a lecturer at Fleming College for the Environmental Visual Communications program’s Multimedia Narratives module taught at the Royal Ontario Museum.

Danielle visited Love The Oceans in 2018 with Jeff Garriock, another amazing PWB videographer, and they fell in love with LTO’s mission, leading to this workshop and partnership. It’s safe to say the LTO team is incredibly excited to host this amazing organisation and are very much looking forward to working together! To be part of this incredible adventure and learning experience, book your spot now here!! 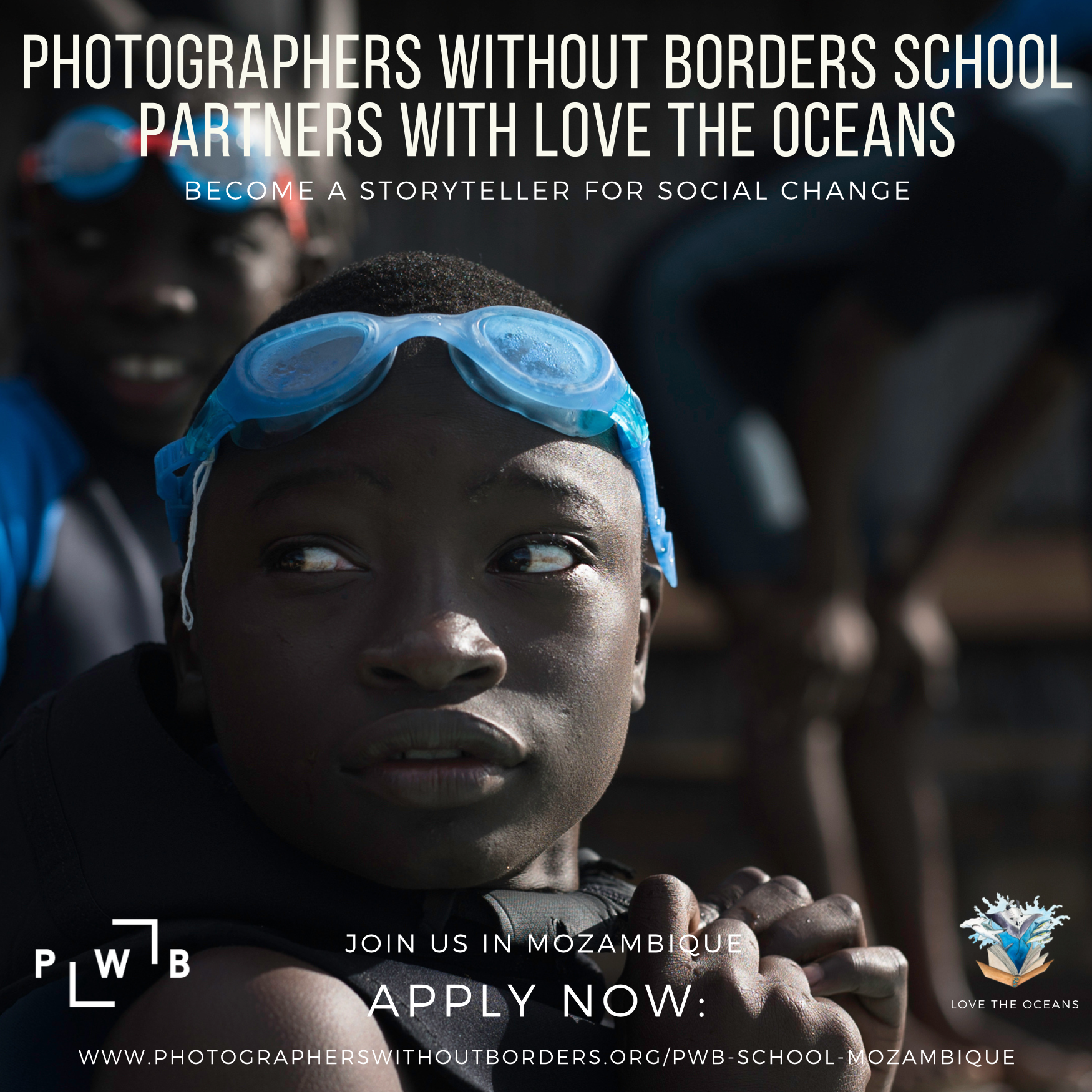